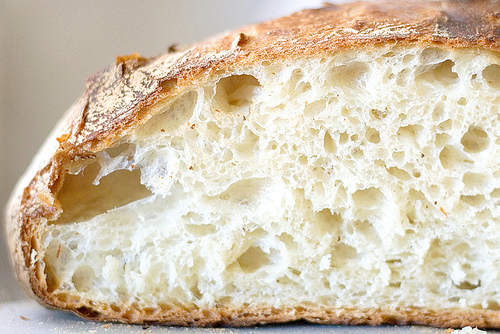 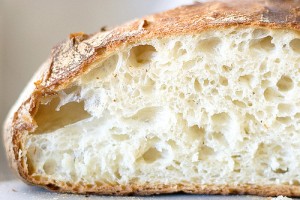 “Faith without works is dead.” So says James, bringing a difficult tension into the Christian life. Protestant Christianity, at least, with its emphasis on faith alone, has had a difficult time figuring out what to do with James’s words. I admit to the same difficulty.

The typical harmonization goes something like this: “Faith alone saves, but faith is never alone.” In other words, salvation comes by faith, but faith always produces works. So works are the fruit and faith is the tree that produces them. So then, how would a tree die if it did not produce fruit? Well, not producing fruit would be an indication that the tree’s health is failing. So not bearing fruit does not cause the tree to die, but only indicates that it is dead or dying. But James is saying that not having works causes the death of faith, which is difficult to grapple with.

We are very used to seeing faith as primary, and works as secondary. Faith produces and sustains works, not the other way around. So focus on nourishing your faith, and works will naturally be produced. How is faith nourished? Quiet times, church activities, Bible studies, retreats, and the like. Don’t try to do ministry without having a quiet time first. You’ve got to look after yourself and be healthy, otherwise you’ll have nothing to give to others.

Now we’re getting to the metaphor that James actually uses, and not importing a metaphor that Paul uses in Galatians. Paul uses a principle of nature from agriculture when he says you reap what you sow, which means that the fruit you eat is determined by the seed you plant. Paul’s advice: Don’t get tired of doing good, because that’s the seed that will produce good fruit. So even for Paul, faith producing good works isn’t exactly the point, but good works producing a harvest of righteousness. But let’s get back to James.

James uses a principle of nature that can be easily observed even if you’re not a farmer: If you don’t eat, clothe yourself, or breathe, then you’ll die. James says, “For as the body apart from the spirit is dead, so also faith apart from works is dead.” There’s a sneaky dualism that has, until this very morning, caused me to misread this sentence. It’s a distinction between invisible and visible, heavenly and earthly, spiritual and physical, eternal and temporal, faith and works. The former are all more important. So when I read a metaphor comparing faith and works to the body and the spirit, I switch the terms around. Faith obviously correlates to spirit, and works correlate to body.

But James is pretty clear in the parallelism that the comparison is the other way around, that works are to faith what spirit is to the body. When the spirit leaves, the body dies. In the same way, when works leave, faith dies. Is James turning our dualism upside down? Is he fighting against neo-Platonic philosophy creeping into the church? Is this further evidence for the current popular notion that the Hebrew worldview is far better than the Greek worldview? Well, it may be all those things. But it’s probably just a concrete, simple metaphor.

Consider what James has already said about faith by itself dying if it does not have works. You see someone without adequate clothing and food. If you say, “Be warmed and filled,” but don’t give them what their body needs, how will it help them? I have always read this as meaning that the person pronouncing a spiritual blessing without performing an act of mercy is the picture of faith without works. But that person doesn’t die, so the application James makes (“so also / in the same way faith without works is dead”) doesn’t work.

Unless he’s talking about the person in need. The person with shabby clothes and no food is the one who has faith but no works. If they don’t get what the body needs, they will die. In the same way, if faith is not nourished by works, it will die. The body is still more important than food, clothing, and breath (as the word “spirit” probably means here), but cannot survive without them. And if you see someone’s body struggling, you give the body what it needs by making sure the person can breathe, stay warm, and eat well.

This is the power of what James is trying to teach us. He’s asking us to produce examples of healthy disciples. You want to say that faith without works is an example of health? That’s like pointing to a freezing, starving, asthmatic person and saying, “This guy has everything he needs!” What horrible pastoral advice, James says. Telling people they don’t need good works is like telling people not to eat or clothe themselves or breathe. You’re going to destroy their faith!

The people in our churches who are starving spiritually are the ones who come to every service, attend every Bible study, and read every new Christian inspiration book. And they keep saying that they’re not being fed, that new life is not being breathed into them,  that their faith is growing cold, and that they don’t know what to do. And before they sign up to give of themselves, they’ve got to get healthy. “I can’t care for orphans, I can’t serve the poor, I can’t spend time with widows… How can I feed others if I’m starving?”

What would you prescribe? More Bible study, or prayer, or sermons, or books? The body needs nourishment. It’s not that hard, James says. Prescribe works of mercy, love for orphans and widows, and watch faith recover.

← Keep the Whole Law
The Absurdity of the Minivan →