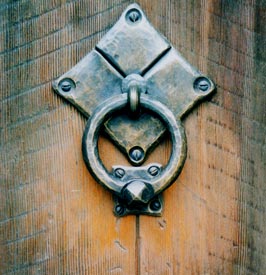 The Absurdity of the Minivan

“It’s not the years; it’s the miles.” Except, of course, when it’s both. Plus a third thing: it’s also a Plymouth. 270,000 miles in over ten years is a miracle, but for what? Her fate is unaltered.

You’re supposed to change the oil. 7,500 or 5,000 mile intervals are recommended, but 3,000 is the standard for those who care about their car and want to seem responsible to their mechanics. If I had really loved that minivan, I would have changed the oil every day. Let’s just acknowledge the elephant in the room. I would have rigged a barrel of oil to pour into the engine block, and after one cycle through the gears it would have splashed out onto the pavement. If I had really cared for her.

But is it so wrong to need some prompting? There’s a reason my stomach uses hunger to get my attention when I need food, because it wouldn’t do me any good to feel  hunger only at the point of being malnourished beyond recovery. My stomach understands that I do what I have to do, I pay attention to what demands my attention, I live in constant search of a master.

Did she want to be my lover and not my master? Was her quiet affliction a noble example of suffering love? Or maybe she is dying to scorn me, to bear witness against my selfishness. And on my birthday week! Minivans can be so passive aggressive.

Now she’s got engine knock. Sorrow unto death, too late for repentance. Three transfusions of 5W-30, and still the knock grows louder. Or is that my heart, trying frantically to escape from a man who has no use for it? But hearts need guarding, which is why God caged them within us. The rebel storms around within me, pounding the walls. He sees the gallows where she’ll swing.

She could have become a classic. Low miles, garage living, pristine condition. She could have rebelled against death by refusing to live. Was it really so much better traveling all those miles? Seven seats filled with boxes of fading adventures, ready to be burned to ash at the scrapyard.

Alas for immortality! To live on unrecognized as a cigarette lighter, or reincarnated as a sturdy metal toilet bowl in an airport. That is not glory to glory as she understood it. Nor to live on in memory, which gratifies those who remember and not those who are memorialized. All is nearly lost, and hope already.

As for me, I climb in another van whose engine purrs. But do I detect a tick just loud enough to warrant concern? A rapping at the door? A visitor who knows I am home and will wait patiently for me to answer the door, who will make me a shut-in besieged by fear? A quart of oil will help, but for how long? I cannot change fate.

She watches me drive away, but I refuse to look at her. Not because I regret the past, but because I fear the future. An impression that refuses rationalization: I too shall go the way of the minivan. Just as ridiculous in life, just as absurd in death. I see the gallows where I’ll swing too.