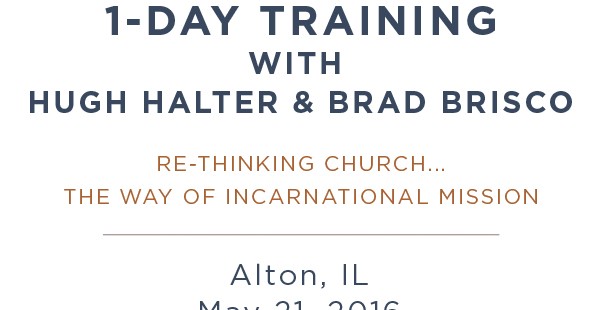 Don’t Ask Me No Questions, and I Won’t Tell You No Lies

Recently I got to see some market research for Alton, the city I live in and have grown to love. The report was created for churches to use in reaching this community. Now, maybe you don’t think I should call it market research. Maybe it’s too crude to think of the church doing market research. Maybe it’s also too crude to think of church ministry as an industry with jargon, a pecking order, and customs and conventions that are at odds with our stated values. But that’s all true in my experience. I’m not saying I’m satisfied with it; I’m just saying it’s true.

Two things stood out to me:

First, nationally about 40% of people surveyed say they went to a church service the previous Sunday. Survey data and numbers collected on actual church attendance week over week puts that number all the way down at 17%. The only reasonable conclusion is that over half of the people who get in their cars on Sunday morning to go to church never make it there. That’s the kind of startling stuff that will get you watching Left Behind movies if you’re not careful.

No guilt. No pressure. No should. Let’s just look at the information. Over 80% of people do not go to church on Sunday. For them, “Come to church on Sunday” no longer feels like good news. It’s not life-giving. And yet as an industry, we’ve built the whole thing around Sunday morning. Most churches are built on the assumption that our job is to get “sinners” into church, not to send disciples out into the world. A pastor friend has quoted this line a few times lately, that we’re more concerned with seating capacity than sending capacity. We’re trying harder and harder, pouring more and more into something that is working for fewer and fewer people in our culture.

The second insight was indirect. The report was meant to reveal who the community is, but I think it actually reveals who the church is as much or more. After trying to fix the level of church commitment, the questions turned to what people in the community want out of a church. What would make them come? This seems like such a normal question. Straightforward market research. The way you plant a church. The way you run a business. Ask the people what they want and then give it to them. Who could object?

Well, I think there a couple things wrong with this approach. First, the question assumes a static, stationary church. The community needs to make its way to us. And I think that fits into a prevailing narrative (another word for myth, but less offensive to some) that everybody just needs to and eventually will come back to church. We were all Christian once and we’ll all be Christian again. Everybody leaving church is what got us into the mess (however you define the mess), and everybody coming back to church will fix it all. We assume the church is getting it all right–that “we” are right and “they” are wrong. There’s truth “in here,” not “out there,” so I don’t need to learn anything about the world and the truth and goodness and beauty still lovingly tended by the Spirit in the places where it blooms.

Second, this line of questioning will lead us to build little kingdoms and campuses and programs. But no matter how much we call that “church,” we’ll never get to the high calling of being a people caught up in the dynamic movement of the Spirit who is creating anew all around us. It’s hard to see that though. It’s hard to see the shortcomings of something like market research, which has a logical and even necessary place in how people and organizations function in our society.

Imagine, then, the early church. Outcasts among the Jews, strange people to the Romans and Greeks. They were literally persecuted, and I don’t mean they were forced to let other people eat their cakes, I mean they were eaten by lions. What kind of market research do you think the early church would do? Can you imagine them going door to door in Rome or Antioch or Athens, asking people, “What would get you to join us? More recreation opportunities?” (And yes, that’s an actual category in the survey–and one that a surprisingly high number of people choose.) Isn’t it ridiculous to imagine the earliest Christians doing anything like this?

Rather, the early church worshiped in order to be formed in the love and mercy of God so that they could go out and be God’s demonstration of love and mercy for the world. They didn’t pattern their life after what they saw their neighbors liked to do. In fact, they were ridiculed by the Romans for doing things so “obviously” backwards as including the poor in their communities. And they did things in the world no one else wanted to do like caring for the sick during plagues and adopting unwanted infants left to die of exposure. Getting people to come to church on Sundays wasn’t a high priority–none of the Romans would have wanted to cram into the catacombs with a bunch of poor and sick people early in the morning on a work day (as Sunday was the first work day of the week in both Roman and Jewish culture). Can you imagine if we planted a church like that? Find a cave, gather a bunch of outcasts, meet Monday morning at sunrise so people who work can get to their jobs on time?

The early church prioritized something else. What was that something else? What have we lost? The things which make so much sense to us about what church is are actually acting like blindspots that keep us from seeing our neighbors on their own terms and from seeing the church in all its glorious potential. The incarnational mission training we’re doing in Alton on May 21 is meant to illuminate those blindspots and get us back to full participation in the good news of Jesus. I can’t wait! Go here to register: http://forge1day-alton.eventbrite.com.