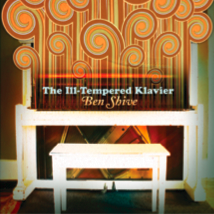 My good friend Ben Shive wrote a song that appeared on his first album, The Ill-Tempered Klavier, called “4th of July.” It is a beautiful song, which you can listen to on his My Space page. You can purchase the album in the Rabbit Room. Here are the lyrics:

And then a cannon blast, a golden flame unfolded
Exploded in a momentary bloom
The pettles fell and scattered like ashes on the ocean
As another volley burst into the blue
But the first star of the evening never moved

We stood in silence, the young ones and the old
As the bright procession passed us by
A generation dying, another being born
A long crescendo played out in the sky

This nation indivisible will perish from the earth
As surely as the leaves must change and fall
And the band will end the anthem, to dust she will return
So the sun must set on all things great and small
But the first star of the evening will outlive them all.

← A Quote: End and Goal
Faith and Healing →